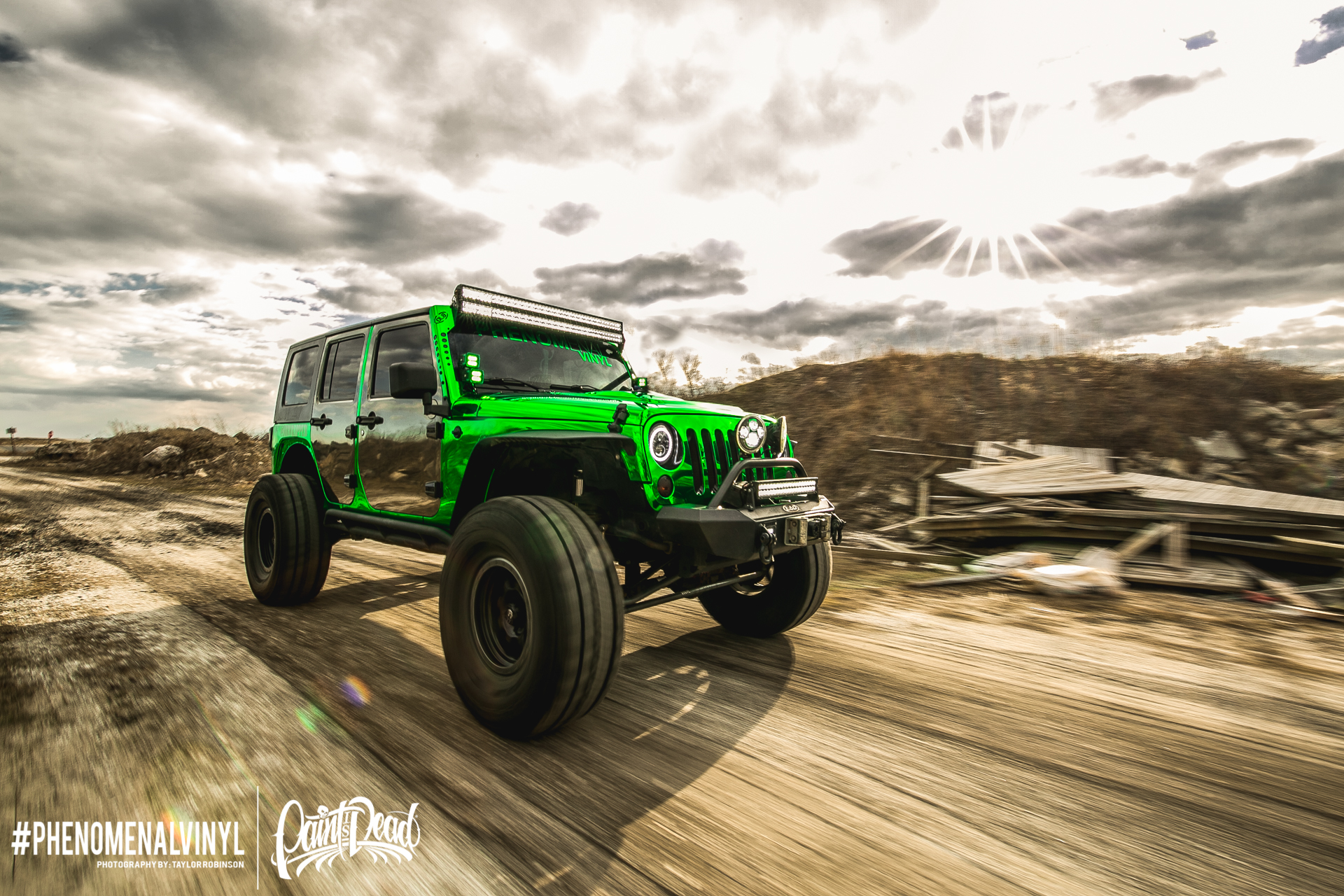 Brett’s Jeep Wrangler has had a handful of facelifts, we thought it would be a cool idea to show them all off!

Starting from when he first got his Wrangler, Brett had a bunch of ideas for colors and designs he wanted to do. Shortly after purchasing it, he picked out his first color choice – Matte Sand.After he got tired of that he decided to unwrap it and let its true color show minus a few doors he stayed simple with original paint color gloss black. As we all know that didn’t last long and it was time for a new color.

This time around Brett wanted to do something really wild, and with an array of new colors that just came out he went with Green Chrome with Black Chrome Doors. This was probably the most widely known color choice and also the longest he kept a single wrap.

After the green chrome days Brett went for a more stealthy clean look with his next color choice – Satin Black Nero. We absolutely love this color at the shop so it definitely had to make its way to one of the shop vehicles. Along with the Satin Black, Brett’s Wrangler went through one of its biggest transformations with the lift wheel upgrade. After flexing the Satin Black Nero for a few months he was in the mood to break some necks again, time for its most recent color – Flourecesnt Gloss Orange. A test color from Oracal, it quickly became one big bright badass wrangler!

What do you think will be next??

Shop Location
Corporate office
From the Blog
© 2020 PhenomenalVinyl All Rights Reserved, Design by

We're busy wrapping right now, however feel free to send us an email and we'll get back to you, asap.